Penelope Bisbee
Penelope Bisbee
1 / 21
The Jim Bob Art Park & Nature Trails is an ongoing, unfinished project. This is a very rural sculpture garden and wildlife habitat located on Bisbee family property in the "breaks" region of Knox County on the outskirts of Benjamin, Texas. Nature trails and wildlife habitat projects are in the beginning stages. The goal is to bring together contemporary sculpture in a rugged, challenging, yet strikingly beautiful environment and then invite visitors to become more informed about the art, native plant life and native wildlife. The park is named after my father who died in 2003. He grew up in Benjamin, Texas, went to college at the University of Texas in Austin, joined the military, and went to graduate school at Tulane University. He was a World War II veteran and retired as a Lieutenant Colonel. His name was James Robert Bisbee. Most who knew my dad, knew him as Jim or James, but in Benjamin, he was Jim Bob. When I decided to name the park after him, it seemed appropriate to use his Benjamin nickname.
The Jim Bob Art Park & Nature Trails 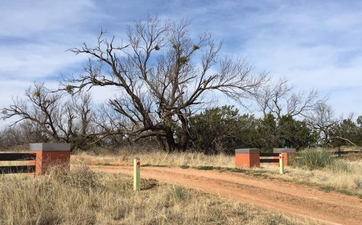 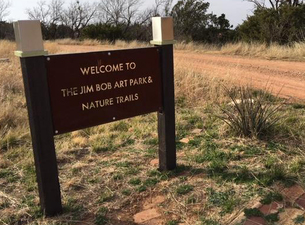 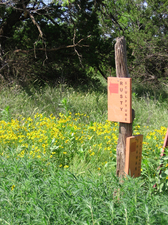 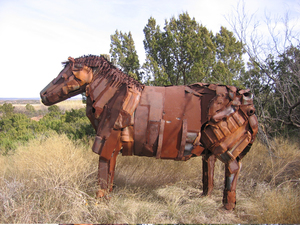 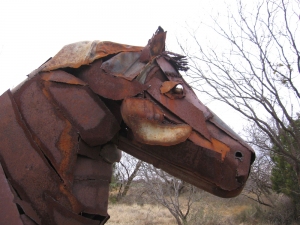 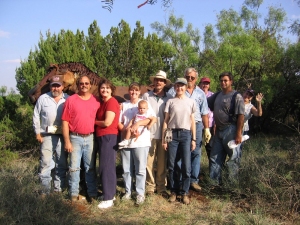 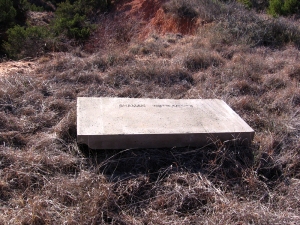 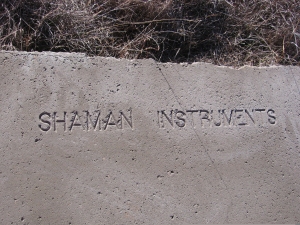 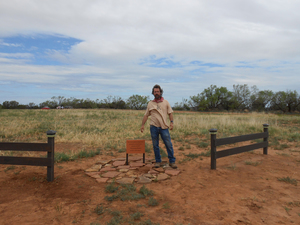 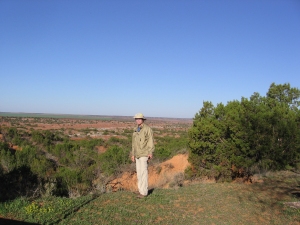 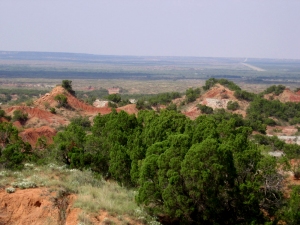 View of the "breaks" looking north (1) 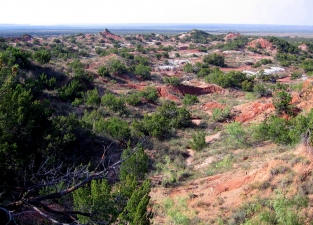 View of the "breaks" looking north (2) 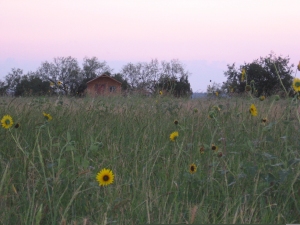 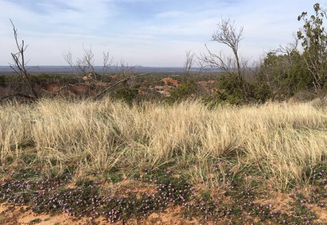 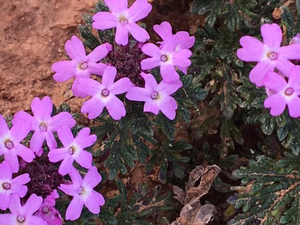 Winter Scene with Flowers - Close Up
2019 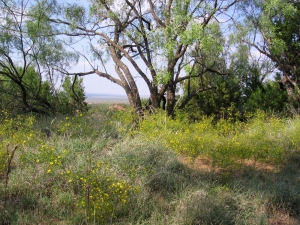 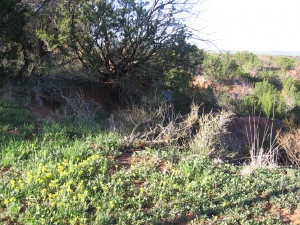 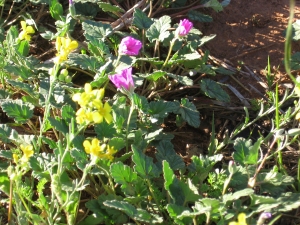 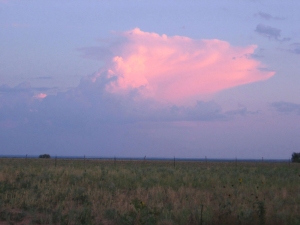 Pink cloud prior to sunset at southern edge of park 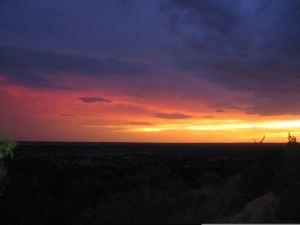 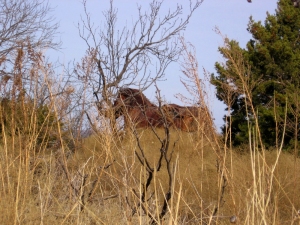